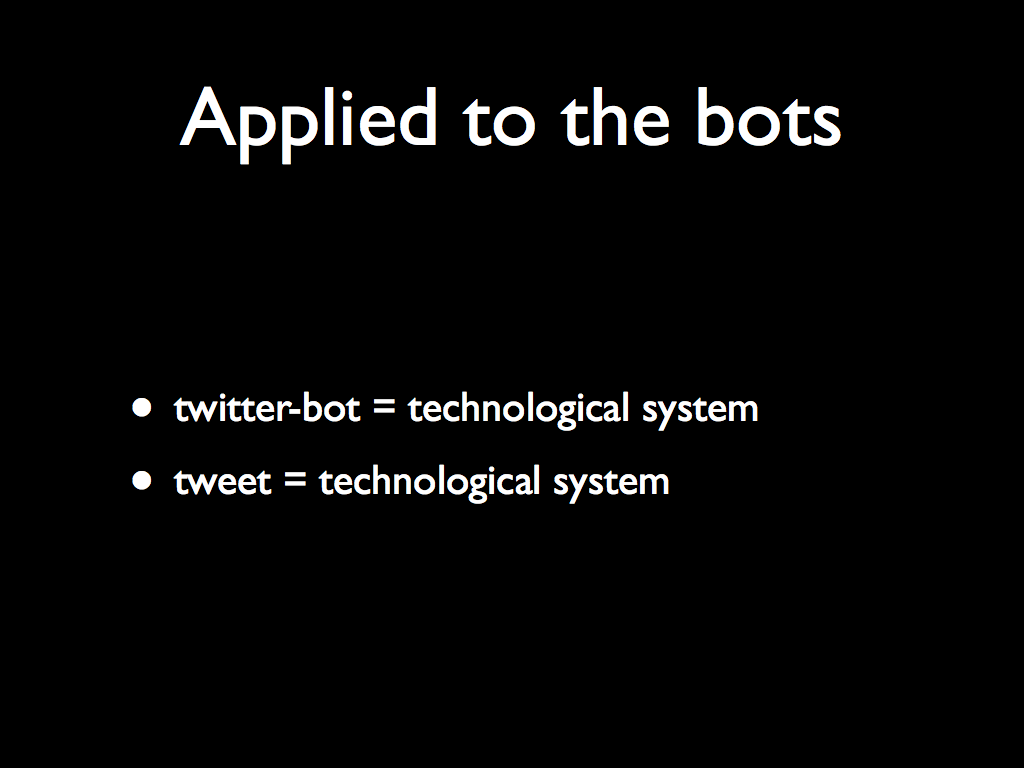 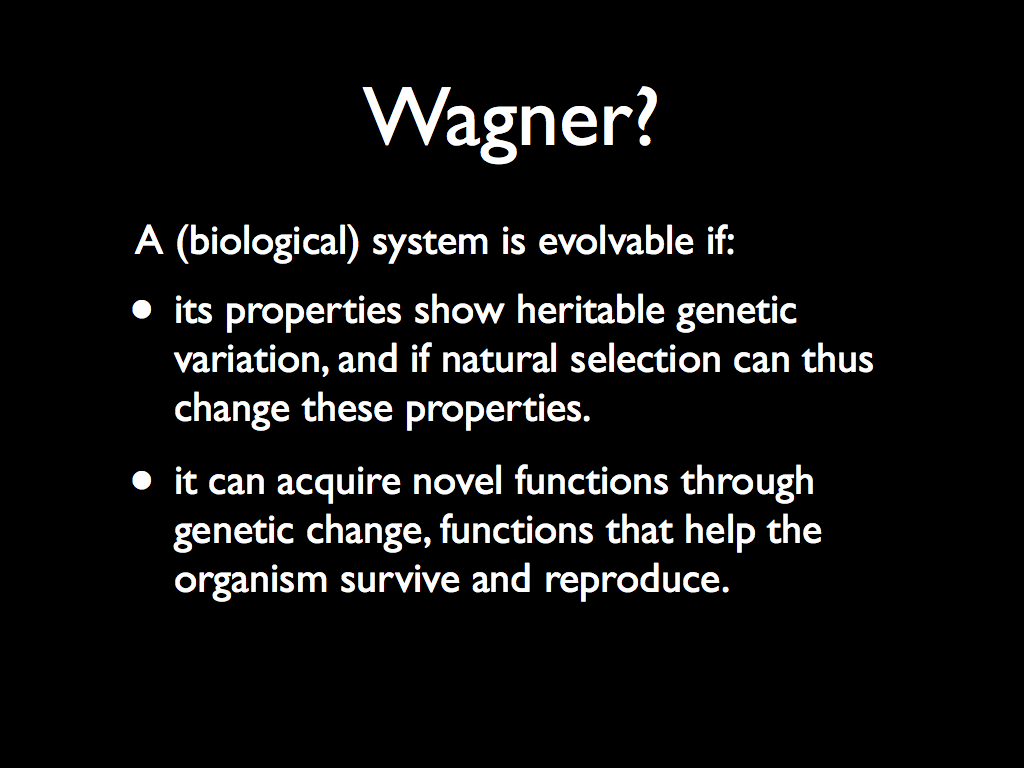 Wagner said, something is evolvable if:
1. A biological system is evolvable if its properties show heritable genetic variation, and if natural selection can thus change these properties.
2. A biological system is evolvable if it can acquire novel functions through genetic change, functions that help the organism survive and reproduce. Of course we are not speaking about an biological system, but since we will test if a technological system evolves in a similar way, we apply these descriptions to a biological system. Look at the first description of wagner. We can consider a Twitter bot as a technological system. The properties of this system are the tweets it has posted. The variation is immediately apparent; there were more than six-hundred different tweets posted every 10 second (in february 2010) on Twitter. Are these tweets heritable and do the tweets have heritable information? A re-tweet is a repetition (in whole or part, possibly with alterations) of a previous tweet, which can be considered heredity. Wether a tweet will be re-tweeted is mostly dependent on its contents. There are words that are more likely to be re-tweeted. Content that is more likely to be re-tweeted can be considered heritable information. Alternatively we can take another approach and define the technological system as being the tweet. The words in the tweet will then be the properties of that system. Can natural selection change these words? There is much variation in words, but some words are more popular (in general, and on Twitter) than others. Popular words which are used more can be considered are heritable properties. Now, the second description: Again we first consider a Twitter bot as a technological system. Can this bot acquire novel functions through genetic change? What could be regarded as a novel function in the case of a Twitter bot? One example could be the ability to join in on conversations it’s followers are having about current topics (topics of which the bot was previously unaware). My bots use sentences found on Twitter to form their tweets, so the pool is always adapting to what people (including the bot’s followers) are talking about. Re-tweeting from this pool will result in tweets that discuss current topics. A second novel function could be to use more hash tags in tweets. Hash tags are a twitter convention where words are prefixed with a pound sign (#), which turns the word into a search link. This allow someone viewing a Twitter timeline to instantly view other tweets using the same hash tag. Using more hash tags will increase the visibility of the bot and make the bot more successful.

One Response to Slide 20