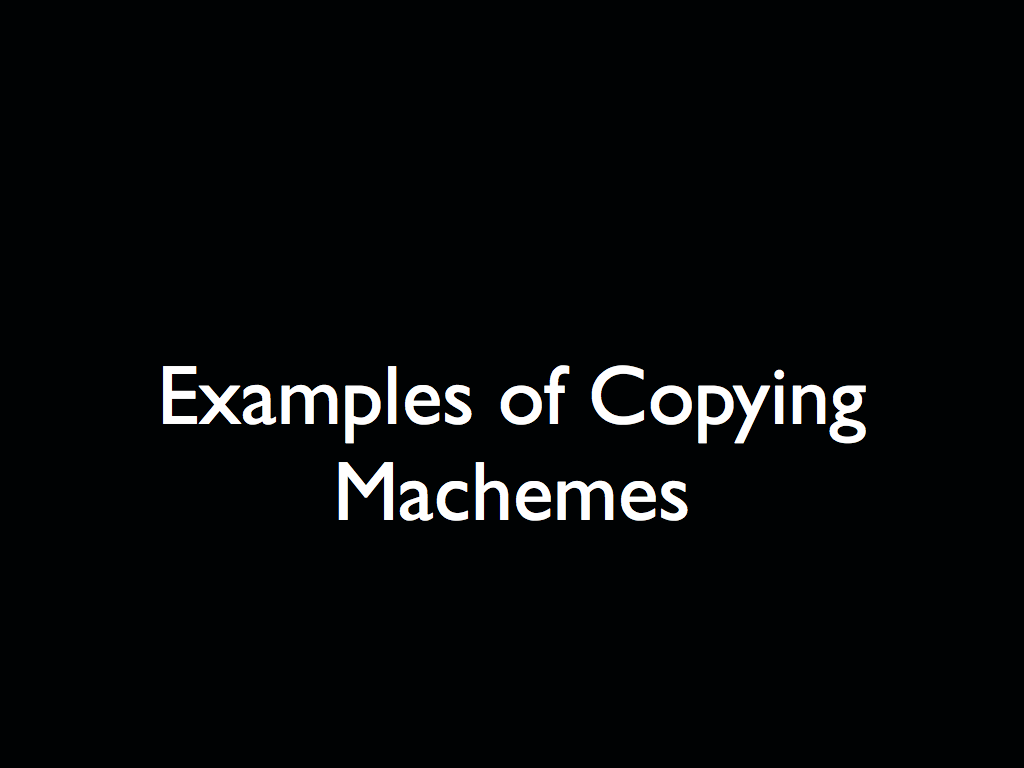 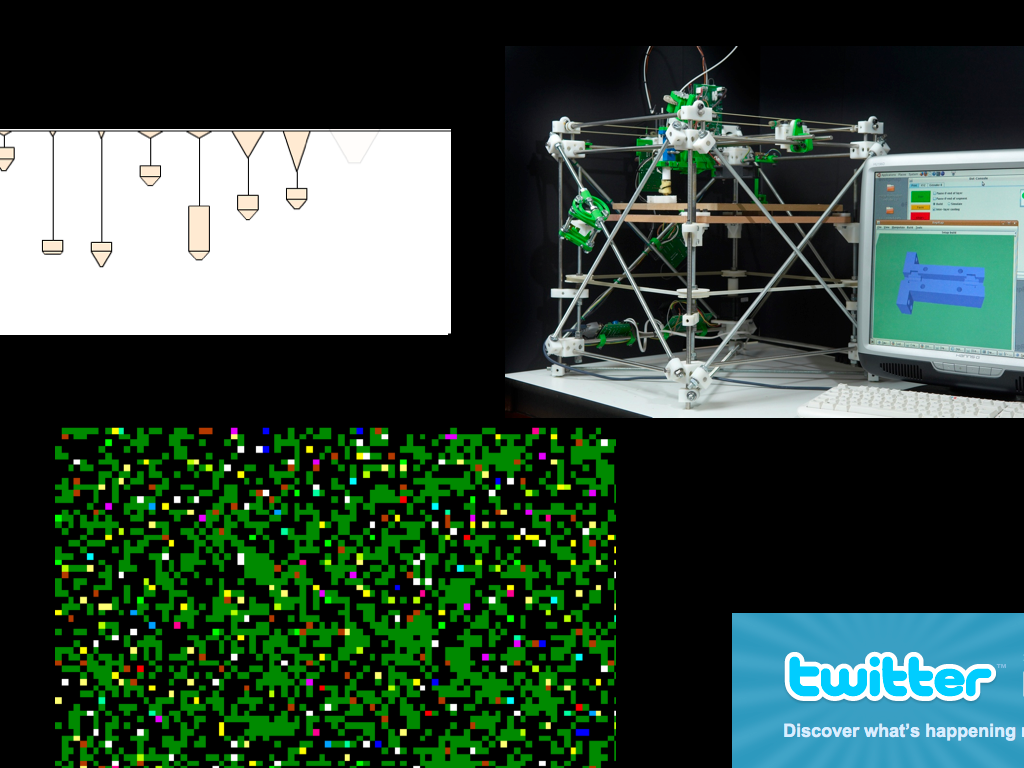 I have searched for machemes and of course I found a lot. Due to my definition, books, cd’s, and all these vehicles which cary information, understandable or not, the machemes were all around me. More interesting of course was the question if machemes can replicate themselves, how these replicating machemes look, and if i can find some of these, how they replicate.

One of the first things, when you think of replicating information and technology, is probably
A-Life, Artificial Life. In artificial life, they have tried to program an emergent system, with or without an evolutionary algorithm.
Even though these projects have contributed a great deal to the understanding evolutionary processes, they do not yield true open ended evolution like we experience in nature. The routines used for variation, selection and reproduction were hard-coded by the research team, which often made it possible to predict – a priori – the results of a given set of parameters. With open ended evolution, adversely, you cannot predict the results.

In software it is much easier than in hardware to search for things that have something to do with replication and evolution. In hardware I found two interesting projects. First the replicating lamps of Lola, you have already listened to. This project has a programmed evolutionary algorithm inside, like the artificial life projects.
Another example of a project that do reproduction is the Reprap, an open source 3D printer. There is no evolutionary component built-into this device. However, since it is a 3D plastic printer, and most of it’s parts are made of plastic, the RepRap can print itself.