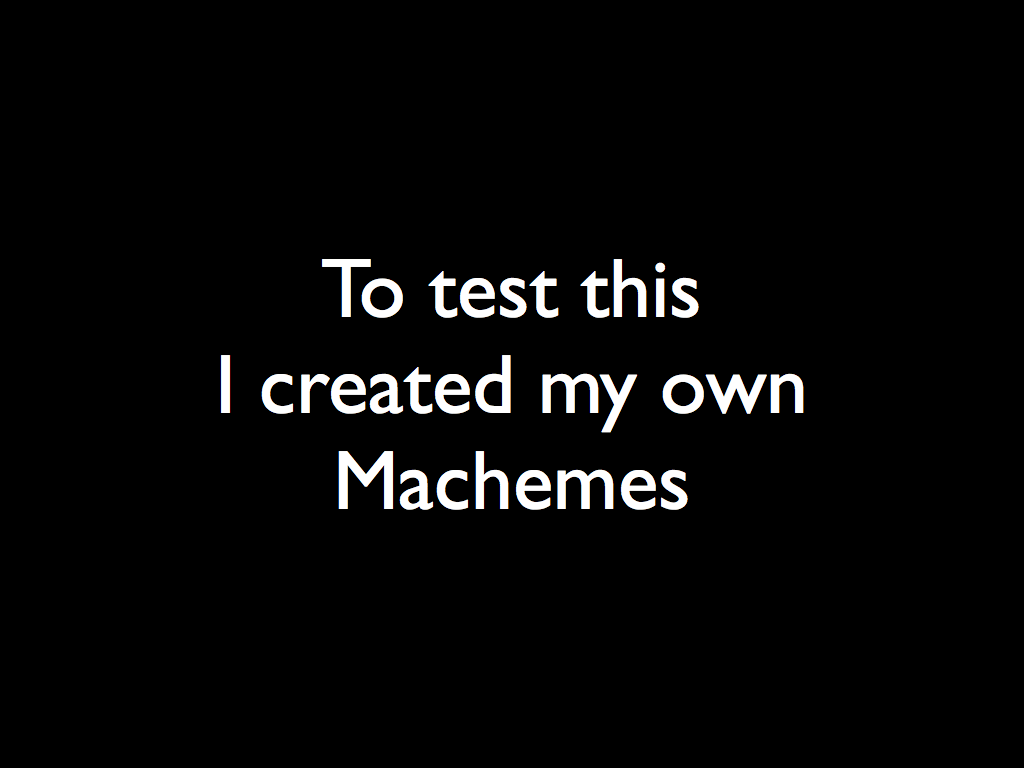 As research environment I have used Twitter. Twitter is a social network and micro blog-service. Users write tweets; messages of 140 or less characters. These tweets are added to your timeline. At the same time you can read other peoples timelines by following them, which will effectively merge your timeline with theirs. You can reply to someones tweet and you can re-tweet (repeat) someone. People that subscribe to your account are your followers.

I want to create machemes on twitter, because: the rules of a social network like Twitter force machemes to mimic the behavior of humans, so it is easy to follow their activities. In a macheme- controlled network it will be much more difficult to see what the machemes are doing or posting since it is unlikely that they are communicating in a manner that is understandable to us. Social networks also offer the possibility to study meme-macheme transmission since it is a place where memes can become machemes and vice versa.